ADA’s philosophy behind any analysis mixes three aspects: data and econometric modelling, deep understanding of legal and policy processes and how it has evolved historically, and cross checking of information via proprietary surveys we conduct across countries. We believe that mixing these three approaches is the best way to discern news that is, de facto, just “noise” from genuinely important developments, as well as having an informed view on when changes will become material for the economy.

ADA is the brainchild of Raffaella A. Tenconi, she founded the company in 2015. She is the daughter of two entrepreneurs and grew up in Lombardy, Italy, before moving to the UK, where she gained a BSc in Philosophy and Economics at the London School of Economics and Political Science (LSE) and a two-year MSc in Global Market Economics, also at the LSE.

She has a passion for understanding how economies work, and an even greater desire to turn research into an effective tool for financial decision making.

“Raffaella is one of the most knowledgeable and insightful European macro economists with deep expertise and value-added perspective across the entirety of this important region. Over many years her insights into the political economy of the Eurozone and Emerging Europe have proven valuable to me and to our investment process.”

“Raffaella Tenconi founded ADA to provide an innovative brand of research combining extensive experience and impressive credentials in macroeconomic and market analysis with novel insights from extensive field and survey work in a number of European economies. Her mission has become a remarkable success. Her combination of sound economic analysis and in-depth surveys and her passion for questioning the “established wisdom” have allowed Raffaella to provide deep and novel insights into the interplay of economics, finance and politics in the countries she analyzes. Her intellectual rigor and – if necessary – courage to challenge consensus views have enabled her to make some impressive and valuable calls like her out-of-market prediction that Britain would vote for Brexit. Her work has helped me to significantly deepen my understanding of the forces shaping the future of "Project Europe".”

“Over the many years I have known Raffaella Tenconi, she has demonstrated outstanding analytical and technical competence in the field of macroeconomic research. I was a regular reader of her work both during the years I worked as a fund manager and also later when I served as a ministry official. Her professional track record in covering not only CEE but also euro area macroeconomic developments has earned her an excellent reputation in investment banking and asset management circles.” 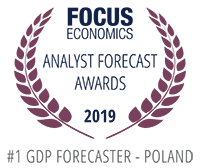 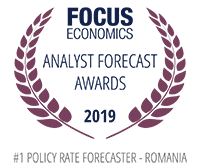 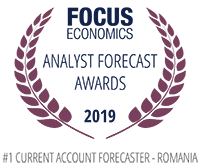 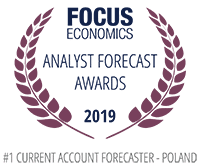 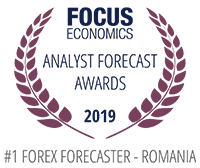 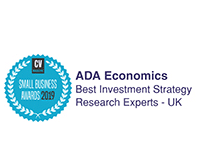 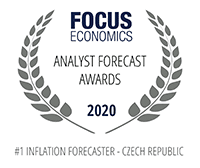 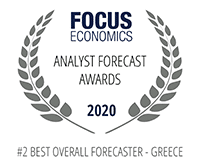 We are pleased to announce that ADA Economics has been recognised by the 2021 @FocusEconomics Analyst Forecast Awards:

We are pleased to announce that ADA Economics has

15 of the 27 EU member states have higher poverty

We are proud to announce the launch of the ADA Eco

The fiscal stimulus just passed by the Biden admin

We use cookies to ensure that we give you the best experience on our website. If you continue to use this site we will assume that you are happy with it.Ok